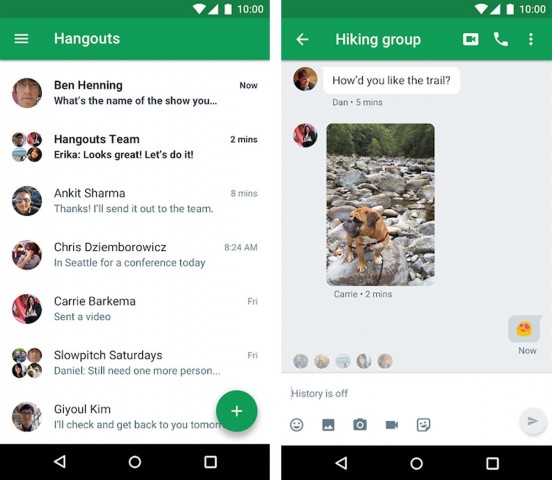 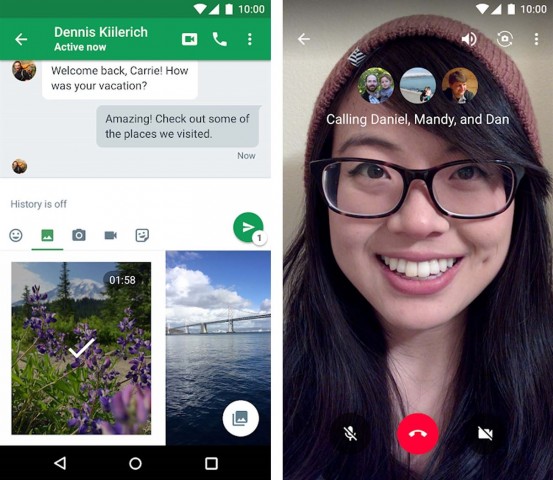 Hangouts app is a singular communications platform developed by Google that allows its users to start conversation, text, make voice or video calls. It is effective in both one-on-one settings or in a group. Hangouts was originally a feature of Google+ and integrated into Gmail.

It became a stand-alone product in 2013. Now it is a part of the G Suite line of products and mobile Hangouts application is also available for iOS and Android devices. This app has now evolved into two primary products, Google Meet and Google Chat.

There are numerous features, some of the key features are,

Using Hangouts application, you can keep in touch with your friends and family by sending instant messages to them.

Other than instant messaging option Hangouts also allows you to make voice calls and video chats.

You can even create groups in Google Hangouts app and you are allowed to send texts or make voice chats. With this feature, you won’t need to inform about important matters to your friends and family individually and you can tell them all at once by creating a group. It enables you to include up to 250 people in the group.

Hangouts not only allows you to make individual video chat but also make conference calls. It permits up to 25 people to be in one video chat together.

You can also exchange texts and use other applications while you are still on a voice or video call in hangouts. It allows you to minimize the call so it is visible on a corner of the screen and thus enables you to do other works. This function works in both desktop and mobile versions.

The latest Google Hangouts app offers you options to turn off your mic and/or camera at any time during the call without it ending the session. You can also force only incoming audio so that regardless of whether the participant is showing a video only audio will be active.

It lets you share a link to a Google Hangouts call so that anyone you want to add to the call can join through the link.

The Hangouts application can send your current location to anyone you want.