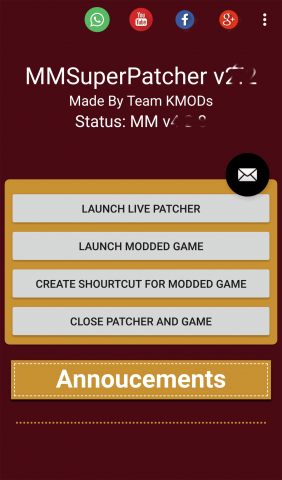 From here, Download MM Super Patcher apk for your Android.
MM Super Patcher or Mini Militia MOD is an application that allows players to patch the game, Doodle Army 2: Mini Militia, and play with different improvements and advantages over a regular game.

How to Use?
The multiplayer action game Doodle Army 2: Mini Militia is a very fun and engaging game. But it is also very demanding and hard to play. So, with MM Super Patcher, you can use many additional advantages to make the game easier to play.
To modify the game this app needs the original play store version of the Mini Militia game, other hacked version does not work with this Patcher. In the interface of MM Super Patcher, there is a function that is used to patch the game and perform the modified version from there.